Cinderfella’s is a foundational green/eco-friendly 5-star Residential & Commercial cleaning company that was founded in 2014 by our founder, Brandon. Cinderfella’s has been known for dependable and attention-to-detail cleaning. From the details of the contracts to the details of the cleaning service provided, Cinderfella’s sets the bar for consumers when they engage in our experience from the beginning to the end. Cleaners who follow the Cinderfella’s standards are not only proud of their work, but love the looks and comments they receive from the consumers who pay for it—a very rewarding mutual benefit! 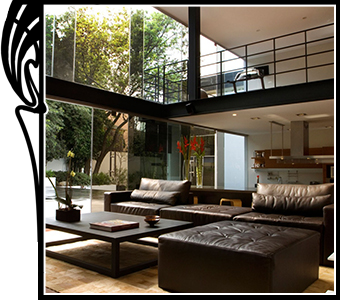 Who is Mr. Cinderfella?

Our founder is Brandon. Initially in 2014, he just wanted to make some extra money that provided a flexible schedule to help assist with college tuition. So quite naturally, Brandon decided that he would network to clean some residences! His mother told him that she would get him started with supplies by paying him to do a deep-cleaning of her house and he purchased a vacuum on a payment plan that came with a free steam mop! But before we go further, let’s talk about Brandon’s childhood and the Cinderfella’s name. Since a little boy, he was always very meticulous about the details of cleaning; so much so that quite often, members of the family would graciously pay him to handle their pesky cleaning tasks regularly. Here is where the Cinderfella’s name was already set out into the universe. Brandon’s aunt Gloria would call him on the house phone some times or stop by and say “hey little Cinderfella, want to make some money today cleaning the house?” While sleeping on the idea of starting a cleaning business and a name for it, he woke up in the middle of the night and recalled the Cinderfella nickname that his aunt had given him and decided to make it the new company’s name!

Little did he know that his attention to cleaning details along with a genuine customer service knack for people, would find him getting so many referrals that a little small individual business required him to enlist some help! This is where Cinderfella’s began to take on legs of its own and a staff team was born. After some time, residential referrals started to transfer into commercial space referrals as well—which meant he had to learn the commercial cleaning side of the cleaning company world. It didn’t take long before he mastered the navigation of this new part of the business and also finished his full-time Bachelor’s degree that he worked on in the evenings.

Moving forward, many service request calls started to come in from Atlanta (a city Brandon once lived in), that he decided to branch out from the original Indianapolis, Indiana location to start a second location in the metro Atlanta, Georgia area. Immediately, business was taking off in great success! As with many entrepreneurs, at this junction, Brandon hit a challenge; he couldn’t find proper experienced management to continue the success of the Indianapolis location and decided to just focus on the Atlanta location. With over 20-30% increases in gross revenues year after year in new consumer agreements, Brandon was convinced that he could allow another excited entrepreneur to carry on the Cinderfella’s Cleaning legacy. In addition, he could then help other excited aspiring cleaning company entrepreneurs do the same, while utilizing the trademarked Cinderfella’s Cleaning name and its reputation. He truly believes in the therapeutic benefits of cleaning and that “a clean environment, is a peaceful environment.”

Cinderfella’s Cleaning now offers franchising opportunities to those entrepreneurs with a passion for cleaning, a knack for attention details, and an expectation of providing a 5-star service! We will provide you with ALL of the basic tools and education you need to move forward with your Cinderfella’s location.

What’s included in your franchise? Below you will find a list of key-points: